Remember that scene from Money Python and the Holy Grail with the vicious rabbit? After being badly bloodied by the little monster, the king yells, "Run away! Run away!" and off the men scramble in a blind panic. Kind of like potential volunteers would do when they saw me coming. 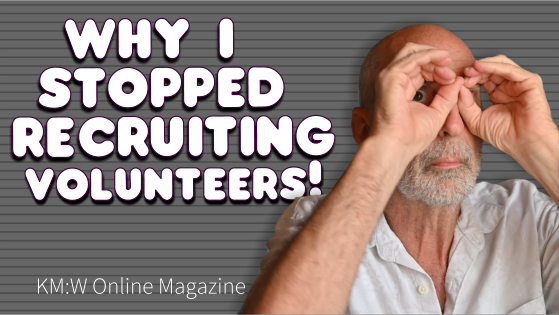 The word was out: "Tom needs teachers and assistants in the classrooms. Avoid Tom at all costs."

To compound matters, I'm terrible at arm-twisting. I don't like it and it shows. So recruiting became the most lethal thorn in the flesh of my ministry. The joy-killer.

Before we get into that, let's define what I mean by RECRUITING. 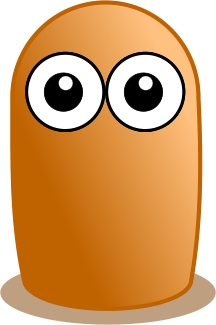 Say you are trying to get this potato to help you with your potato patch. Said potato will be in one of two states:

HAPPY TO HELP. Merely alerting this tuber to the opportunity is enough to land a volunteer. This is NOT recruiting, it’s simply inviting a willing person to join your team. Easy, and you should do this a lot.

RELUCTANT OR WORSE. Getting a person who doesn’t naturally step up to the plate—THIS is recruiting, according to our definition. You have to come armed with some mighty persuasive arguments to break down the target’s objections.

It was a NIGHTMARE...

It was a major challenge to staff all the rooms on Sunday morning. We needed two people each for Nursery, Toddlers, Preschool, Early, Middle and Upper Elementary. That’s twelve people. OK, we got that going. Then it happened: the church went to two services. Instantly I needed twenty-four people all bright and shiny and ready to serve. Eek!

From that point on every Sunday would have at least one class with no one to teach; I had to flag down High School kids as they walked into church to see if they would baby sit the abandoned kiddies.

But once I stumbled upon the key that worked for me, it all turned around. In a church of less than 500 people, I had SIXTY active volunteers working in our kids ministry—by far the largest staff in our fellowship. What a blessing!

So here’s the Key: Recruit a Recruiter.
Yeah, I felt pretty dumb that I hadn’t realized this sooner. The principle is simple: If I can’t pull it off effectively, do I know someone who can? Recruit that person, then walk away from the task and watch your staff begin to grow!

The video explains how my pal Pastor Dain came to my rescue. In him I found someone great at recruiting. Because of him, I was able to do the simple stuff: talk to new parents with an invitation to join their child to see what Sunday School was all about, stick a few recruiting posters on the wall, announcements in the bulletin and all the things that are wise to do when trying to build a team of servants. Meanwhile, Dain went after the big game. God has gifted him with that elusive power to draw people into getting on board with how, when and where to serve the Lord. Eventually, my family of volunteers became by far the largest team in the church. People (most of them) stopped running when they saw me. Probably because I never again began a conversation with, "Good morning, I need your help...."

PS: This success put a smile on all the over-worked existing volunteers. The new optimism attracted more and more and we grew. 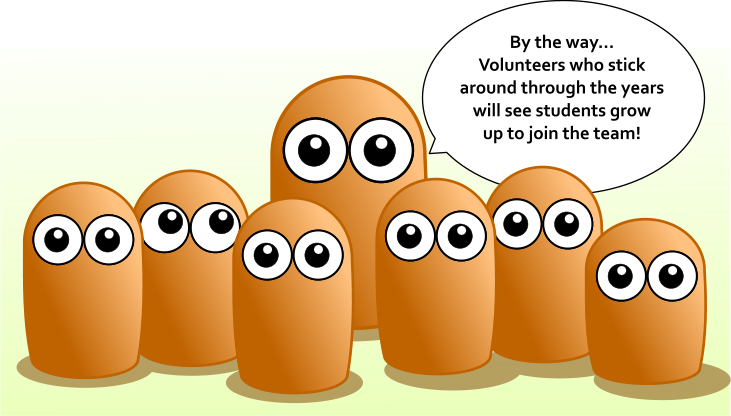 Please log in again. The login page will open in a new tab. After logging in you can close it and return to this page.

Submit your name and email address to become a free CLAMcentral Regular with access to our proven Children's Ministry wisdom and resources! An email will be sent to you with 100% free links to... 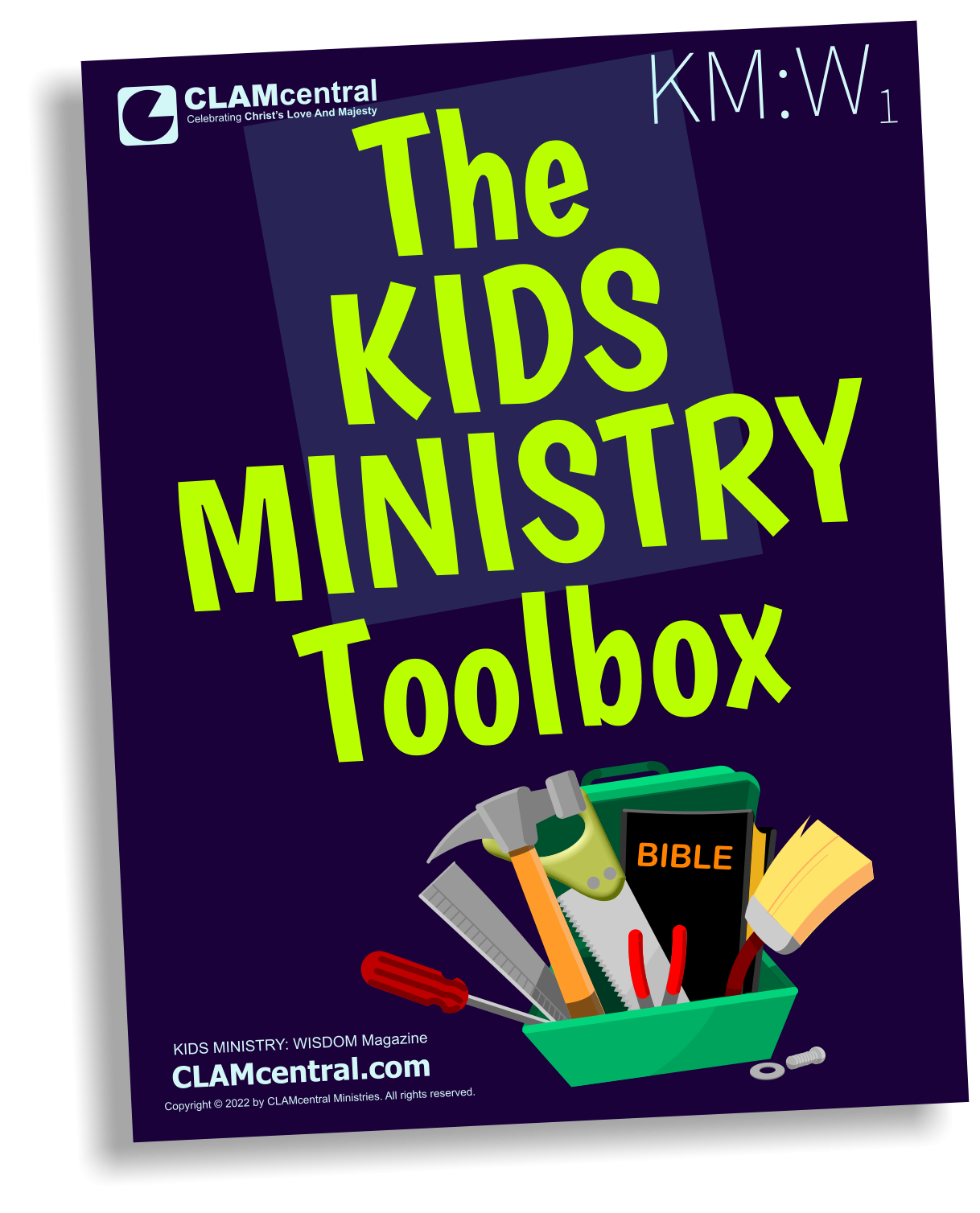 We don't like spam any more than you do. We promise to keep your email address safe.